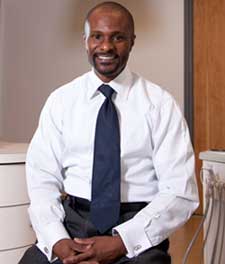 Dr. Dameon Fisher has been practicing in the Atlanta area since 1999. He received his Bachelor of Science degree from Morehouse College in 1992. He then received Doctor Dental Surgery degree in 1996 from Meharry Medical College, School of Dentistry; where he was inducted into the Omicron Kappa Upsilon Honor Dental Society. In 1997 he completed a General Practice Residency also at Meharry. He then completed Orthodontic Residency at Howard University in 1999.

He and his wife Kimberly, have one child, Mackenzie.